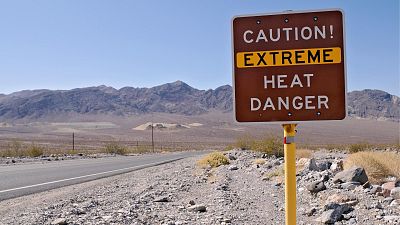 The US state of California is considering naming heatwaves after its record-breaking drought enters its third year.

The western state experienced its hottest summer on record in 2021 and is now seeing the driest start to a year in recorded history.

January and February are supposed to be the wettest months. While above average rainfall at the beginning of January provided some initial hope, it had dropped considerably by the middle of the month.

Due to severe drought conditions, 2021 was a historic year for wildfires too. Though wildfires in California are a common occurrence, their prevalence and intensity in 2021 was unprecedented. Over 2.5 million acres were burnt by October, making it the second worst year on record.

What is the benefit of naming storms and heatwaves?

While people have been naming storms, tornadoes and hurricanes for centuries, The National Hurricane Center only began officially naming tropical cyclones back in the 1950s.

The practice is particularly useful when two storms are taking place at the same time, and is thought to raise awareness and help prepare for incoming weather systems.

However, scientific data is lacking on whether naming storms helps save lives. “The National Weather Service is not aware of any research or evidence that suggests naming heatwaves would raise awareness about heat-related risks,” Kimberley McMahon, a NWS Public Weather Services program manager told The Guardian:

But she concedes that early warnings can help people to prepare for extreme weather, “Even knowing the potential for a heat event or abnormally hot summer can allow preparations to occur further in advance.”

How are heatwaves affecting Californians?

According to the National Weather Service, heat-related deaths are now the biggest weather killer in the US. They are responsible for more deaths every year than any other extreme weather pattern - including flooding, hurricanes and tornadoes.

An average of 138 American citizens die as a result of extreme heat every year. And researchers hope that naming heatwaves will raise public consciousness of their dangers and environmental root causes.

Alongside naming, the US state is also considering ranking its heatwaves, so that people are aware of the severity of incoming weather systems. This would make it the first state in the country to implement such a system.

Do other countries name their heatwaves?

Several other countries are considering naming their heatwaves too, including Greece and Spain, which have both suffered from extreme heat events in recent years.

In October 2021, Mayor Juan Espadas of Seville, Spain, announced a plan to name and categorise heatwaves.

“Extreme heatwaves are becoming more frequent and devastating as a direct effect from climate change,”

“Extreme heatwaves are becoming more frequent and devastating as a direct effect from climate change,” he told a press conference.

“Local governments should address the threat heat poses to our populations, particularly the most vulnerable, by raising awareness of heat-health related hazards through evidence-based data and science.”