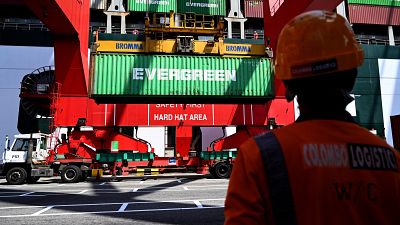 Hundreds of tonnes of illegally imported waste made their way back to the UK from Sri Lanka on Monday.

Between 2017 and 2019, the UK shipped 263 containers of waste to Sri Lanka. The UK had labelled them "used mattresses, carpets and rugs."

But what Sri Lankan authorities found inside the containers was far more sinister.

What was inside the containers?

A rancid smell coming from the containers first gave the game away.

When they were opened, authorities found, amongst other things, biowaste from hospitals. This included rags, bandages and body parts from mortuaries.

Along with the sheer horror of the practice, the containers were not properly chilled, thereby violating international laws on transporting hazardous cargo.

The waste was labelled as recyclable. But a customs inspection revealed the contaminated medical waste and plastic.

Why was the waste shipped back?

After the customs inspection in 2019, a local environmental group in Sri Lanka, Centre for Environmental Justice, launched a petition to demand the waste be returned to its sender. The petition highlighted the threat the waste posed to the environment and citizens’ health.

The country's Court of Appeal agreed the shipment should be returned. In 2020, the UK's Environment Agency agreed to take an initial 21 containers back.

The hazardous waste will be disposed of according to law. Medical waste is usually handled by private contractors in the UK. They transport it to facilities where it is disposed of safely, usually via incineration.

Sri Lanka is now claiming 1.6 billion Sri Lankan rupees (€7.6 million) in compensation from the UK for breaking the Basel Convention on the shipment of hazardous material.

What is the UK doing about the illegal biowaste?

UK authorities are still investigating who was behind the illegal waste shipped to Sri Lanka.

Once identified, those responsible will be faced with an unlimited fine and a prison sentence of up to two years, according to the UK government, and will have to give up the money obtained from the unlawful operation.

How common is the illegal exporting of waste?

Waste exporters in the UK have to comply with strict rules regulating international shipment, but every year British authorities discover cases of non-compliance. In 2018-19, Environment Agency (EA) enforcement officers working closely with the Border Force prevented 13,000 tonnes of waste destined for illegal exports around the world from leaving England.

In the case of the waste shipment to Sri Lanka, British authorities have not yet found those responsible.

Not a dumping site

The pushback from Sri Lanka is part of a movement that's been gathering pace across Asia in recent years. Several countries in the Global South have refused to take the waste of wealthier nations and sent it back to the shipper.

In 2018, China - which used to be the biggest buyer of foreign waste - banned the import of plastic waste from abroad. This led to much of that waste being redirected to other Asian countries, which quickly became overwhelmed.

In 2019, Cambodia sent 1,600 tonnes of illegally imported plastic waste back to the US and Canada, and in the same year, the Philippines returned 1,500 tonnes of rubbish falsely labelled as plastic recycling to Canada.

Indonesia and Malaysia have also returned hundreds of containers of unwanted waste back to their countries of origin, including the UK.