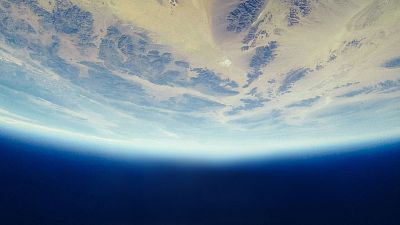 Scott Duncan is social media's favourite meteorologist. Based in London, Scott primarily forecasts for energy and power markets across Europe, with a heavy focus on renewable energy. More recently, he turned his attention to improving communication of key weather and climate events to those not in the scientific community. His work has received international recognition and has gone viral on several occasions.

Plagued with exceptional heat waves and record-breaking extremes, 2021 came in as Earth’s 6th hottest year on record according to NASA. But how does 2021 compare to various decades in the past century?

While this preindustrial average remains very important for tracking human impact on our climate, the pre-industrial climate average may be difficult to comprehend, given that it is based on a period before our time. As the climate rapidly warms, our individual perception of ‘average’ can change. There is often public confusion around the ‘average’ global temperature in which meteorologists and climatologists refer to.

The pre-industrial climate average may be difficult to comprehend, given that it is based on a period before our time.

Let’s explore some of the different climate averages (often referred to as ‘baselines’) over the last century and see how they look compared to 2021, starting with the last decade.

The red represents where 2021 was warmer than the last decade average, and the blue shows where it was cooler. There is plenty of variability across the globe. For example, 2021 was cooler than the average of the last 10 years for many countries, including almost all of Europe.

This doesn’t necessarily say 2021 was a cold year, the last 10 have just been very warm. Unsurprisingly, the nine hottest years in recorded history (globally) exist within the last 10 years and 2021 lies in 6th place.

Notice the red shading over Africa, Asia and especially North America. 2021 was warmer than the average from the last 10 years. Meanwhile Australia, Southern Africa and the Pacific join Europe as cooler than this 10-year average.

2021 was cooler than the average of the last 10 years for many countries, including almost all of Europe.

Cooler than average conditions can be closely linked to La Nina, a climate phenomenon that cools the sea surface temperatures in the eastern Pacific.

However, comparing 2021 to just 10 years of data doesn’t tell us much about a longer-term average. Meteorologists and climatologists usually use climate baselines running over at least 30 years.

Notice the slight amplification of the reds and muting of the blues.

The La Nina signal in the pacific appears weaker with the only noticeable land-based cold anomaly found locally in Antarctica. Antarctica recorded an unusually severe cold season in 2021. Some of the most striking reds around the Arctic indicate rapid Arctic warming or ‘Arctic Amplification’.

Let’s step even further back…

When comparing 2021 to the 1931-1960 baseline, the La Nina signal in the Pacific has effectively disappeared.

Almost the entire planet is shaded red, flagging the fact that 2021 is warmer than the 1931-1960 average virtually in every country. Only the local cold core in Antarctica stands out on the warm planet.

Another way of looking at this climate baseline comparison can perhaps link our global warming trend to something more personal and relatable. Our grandparents and great grandparents would have rated 2021 an extremely warm year across the globe when comparing to a baseline from their youth.

Our grandparents and great grandparents would have rated 2021 an extremely warm year across the globe when comparing to a baseline from their youth.

Those of us born in the last couple of decades only have warm years to compare and rate 2021 among one of the cooler years in the last decade.

The fact that these climate baselines continue to warm, is the definition of climate change itself.