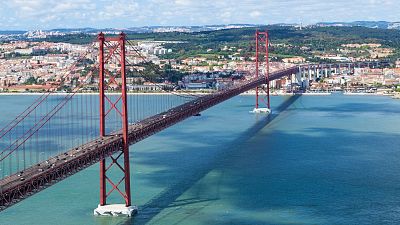 Portugal is being sued by the European Commission for failing to take action on poor air quality.

The country has some of the highest levels of nitrogen dioxide (NOX) in the atmosphere as a result of road traffic - and diesel vehicles in particular. So the EU has decided to point its finger in a public way, by referring Portugal to the Court of Justice of the European Union.

Following the EU’s ambient air quality code is key in protecting citizens and safeguarding the environment, it says. When a member state exceeds the air pollution limit, there are consequences.

Portugal has “continually and persistently” exceeded the annual nitrogen dioxide limit in three air quality zones in Lisbon, Porto and Minho. And despite two warnings, one in 2019 and one in 2020, it has failed to adopt new roadside measures to cut down on nitrogen dioxide pollution.

During the pandemic, air pollution came down drastically in Portugal, indicating that car traffic was the biggest source of NOX and CO2 emissions. Unfortunately, more public transport was not helping the issue, as Lisbon’s public transport network was already “collapsing under the weight of its own success” with demand soaring, according to Transport Environment.

Earlier this year, the European Court of Justice also ruled that Germany "systematically” exceeded the limit values ​​for nitrogen oxide in several cities including Berlin. Faced with the threat of financial penalties if it didn't improve, the country is now working to improve pollution in urban areas.

What are the dangers of nitrogen dioxide?

Nitrogen dioxide, a gas emitted by cars, power plants and factories, is responsible for some respiratory and heart conditions.

It causes 50,000 premature deaths in the EU every year, according to the European Environment Agency (EEA) and can trigger serious illnesses like asthma and reduced lung function.

Those most at risk from nitrogen dioxide are children, the elderly, people with asthma, smokers, anyone who owns heating and cooking appliances that emit some level of NO2 by using fossil fuels and those who live near or work at coal-fired power plants.

So how can Portugal improve on air quality?

The EU is also encouraging the country to reduce NO2 pollution by restricting access to high-pollution cars in city centres.

"Strong low emission zones that gradually phase out all high-polluting cars in favour of active travel, public transport or shared electric vehicles are crucial to tackling the air pollution crisis affecting our cities," says Francisco Ferreira, President of ZERO and partner of the Clean Cities Campaign in Portugal.

"Lisbon and Porto must roll out zero emission zones as soon as possible to protect their citizens' health."

Air pollution in Europe: These are the worst-hit cities to live in