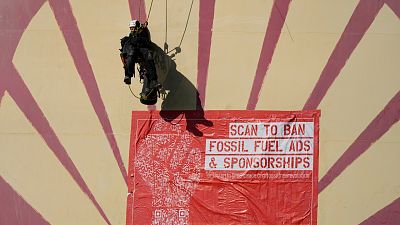 Oil firms have been banned from taking an active role in the upcoming COP26 summit.

The news is a seismic victory for climate activists.

It stops Big Oil companies from sponsoring the conference and steering the narrative away from their culpability in the climate crisis.

The UN Climate Change Conference will take place in November in Glasgow.

The documents raised doubts over the oil companies claims of “going net zero”.

Why did big oil want to sponsor COP26?

In 2020, Culture Unstained revealed that major oil companies including Equinor, Shell and BP were asking to sponsor COP26.

The companies also wanted to partner with the host country, the UK, to work alongside its plans.

In one email, Equinor asked directly, “If I was to ask you - ball park - how much money you would like from us, for what, and with what visibility for us, what would you say?”

The drive by oil companies to align themselves with events like COP26 is part of a general move to disassociate themselves from the global climate damage they are responsible for.

A recent study revealed the disparity between the amount of publicity that oil companies seek for their sustainable projects, and the proportion of money they actually invest in those projects.

Much of this promotion was also accused of being greenwashing - non-solutions to climate change claiming to be sustainable.

Culture Unstained has revealed that COP26 has made it a policy to exclude polluters from the summit.

This came after pressure from Culture Unstained on COP and the UK government to stop oil sponsorship due to their environmental impact.

Ahead of a COP26 event at the British embassy in Poland, UK civil servants argued that it was unclear whether BP’s net zero commitments “stack up”.

COP then told its staff members, “BP do not currently fit our success criteria for COP26, so any speaking attendance would not be appropriate… we strongly recommend not to use COP26 branding on the comms around your event if BP are speaking.”

There was further confirmation of the fossil fuel ban when Shell CEO Ben van Beurden said the oil industry had been “disinvited” while speaking at the TED Countdown Summit.

“For years, oil companies have been given prominent platforms at the UN climate negotiations, promoting themselves as climate leaders while they continued to pour millions into new fossil fuels - so this is a big step forward,” said Dr Chris Garrard, co-director of Culture Unstained.

“By excluding these firms, the organisers of COP26 have conceded that the oil industry’s claims of going ‘net zero’ don’t add up and that their actual business plans directly undermine the targets of the Paris Climate Agreement.”

A schism between COP26 and the UK government

Although COP has barred the oil industry from being major sponsors of the upcoming conference, the UK government hasn’t followed suit.

After COP communicated the exclusion of BP from the British Embassy event in Poland, the Embassy responded by instead removing the COP26 branding.

DIT invited BP to publish an article on its ‘net zero’ plan on its COP26 webpage. Writing to BP, DIT hoped the article would “provide a good opportunity to showcase your net zero plans”.

It’s not just the British government that is still willing to align with Big Oil for sponsorship.

The Culture Unstained report also highlights the partnership deals that the Science Museum has announced with coal company Adani to fund a climate change gallery about ‘energy transition’.

The Science Museum has had long standing sponsorship deals with BP, Shell and Equinor, including having Shell as the sponsor of the ‘Our Future Planet’ exhibition.