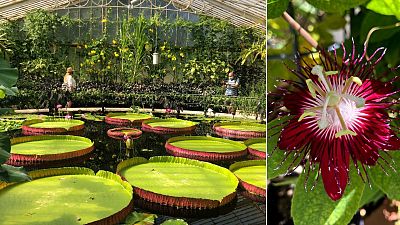 The Kew Royal Botanic Gardens in London, UK, has earned its place in the Guinness Book of Records for the largest number of plant species anywhere in the world.

The plant count took place in 2019 when Kew won for its impressive collection of more than 16,900 unique species, making the collection the most diverse in the world. This figure doesn’t include subspecies and cultivars. If it did, Kew boasts an astonishing 21,843 different plants.

“We are absolutely thrilled to hold the record for the largest living plant collection. It is a fantastic accolade and a credit to the tireless work of our horticulturists and scientists,” says Richard Barley, Director of Horticulture and Learning at the Royal Botanic Gardens Kew, quoted in Secret London.

The next two largest living collections are substantially behind Kew, with 13,950 and 13,415 species respectively. A new stock take is underway this year at RGB Kew and its numbers are expected to rise significantly.

Has Kew Gardens won any other world records?

But this isn’t the first time the British botanic gardens have broken records.

In 2018, Kew won another (albeit somewhat less glamorous) Guinness World Record for the tallest and smelliest flower.

The titan arum, also known as the “corpse flower,” can reach a whopping height of three metres when in bloom. Its pungent rotting smell attracts pollinators that feed on decaying flesh and the world’s smelliest plant title is no doubt well earned.

The Royal Botanic Gardens is also home to the oldest pot plant in the world. The Eastern Cape giant cycad was brought to the United Kingdom from South Africa in 1775. Now, the plant is more than four metres tall and weighs over a tonne.

Kew Gardens is famous for its water-lilies and holds the world record for both the smallest and biggest water lilies on the planet.