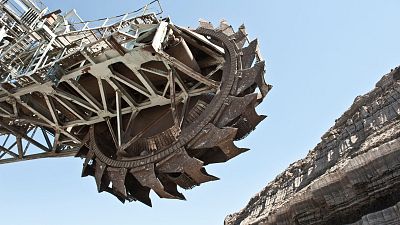 Mining behemoth BHP Group has announced it is considering selling its petroleum business in order to cut ties with the oil and gas sector. It appears the move is thanks to shareholder pressure on the company to reduce its carbon footprint.

BHP has oil and gas fields in Australia, the Gulf of Mexico, Trinidad and Tobago and Algeria. These produce approximately 300,000 barrels of oil equivalent per day.

The Australia-based company said on 17 August that it may be striking up a deal with Woodside Petroleum, its biggest rival. By selling its fossil fuel division, BHP would be losing out on over €11 billion - how much the portfolio is worth.

This week, the company reported its best annual profit in nearly a decade, having benefited from soaring iron ore prices after increased demand from China. China has been racing against the United States over the past year, for access to scarce commodities in a bid to rebuild their economies after the pandemic.

BHP’s underlying profit rose by 42 per cent to $17.08 billion (€14.5 billion) in 2021. Despite this they are considering selling their petroleum business.

"We confirm that we have been in discussions with Woodside," says BHP in a statement. "While discussions between the parties are currently progressing, no agreement has been reached on any such transaction."

The ‘all-stock merger’ would make the two companies a combined entity, with 52 per cent owned by Woodside shareholders and 48 per cent by BHP shareholders.

The news follows an announcement last September when BHP pledged to slash its overall emissions by 30 per cent over the next decade and achieve net zero by 2050. As a result, shareholders have reportedly been pressuring the company to reduce their involvement in the hydrocarbon sector (natural gas, oil, and coal) in favour of renewable energy.

In 2020, the group also said it planned to sell its stake in two coking coal mines. This would reduce the size of its coal operation, bringing the company closer to achieving the Paris climate targets.

Why is the fossil fuel industry so harmful?

Fossil fuels are non-renewable and currently supply around 80 per cent of the world’s energy. The reason they are so destructive is because coal, oil and natural gas produce large quantities of carbon dioxide when burned.

Carbon emissions then trap heat in the atmosphere and lead to global warming, which has life threatening impacts on human, animal and plant life.

Coal is the dirtiest of the fossil fuels and responsible for over 0.3C of the 1C increase in global average temperatures – making it the single largest source of global temperature rise.

Alongside heating up the planet, fossil fuels also cause air pollution, which leads to an increase in respiratory illnesses. Water pollution is yet another side effect, as water is usually contaminated during the process of extraction or in the handling of waste products.

According to the IPCC, fossil fuel emissions must be halved within 11 years if global warming is to be limited to 1.5°C above pre-industrial levels.