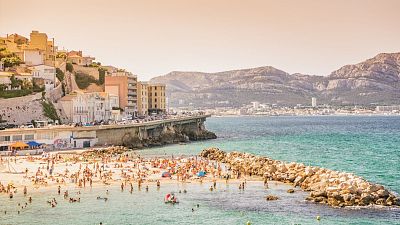 Volunteers and charities have got together to clean up Marseille's beaches, which are littered with cigarette butts, straws, bottles and plastic bags.

"We find a lot of cans, a lot of beer bottles as well. But we've also found some more unusual things, like Christmas baubles," said Gaëlle Déborde, volunteer at Clean My Calanques, a Marseille-based association campaigning for the preservation of the environment.

Researchers are also sounding the alarm about leaving waste behind because of its impact on young turtles, who are prone to eating plastic as they spend their early years feeding near the sea surface.

But turtles are not the only ones inadvertently eating waste that humans leave behind.

"Ducks and fish, for example, there are many things that can die," a young child told Euronews.

"They might think these are prey. For instance, if turtles find plastic bags in the water, they might think it's a jellyfish, and seals do it too. They eat rubbish and then, well, they suffocate," another added.

Watch the full video report in the player above.