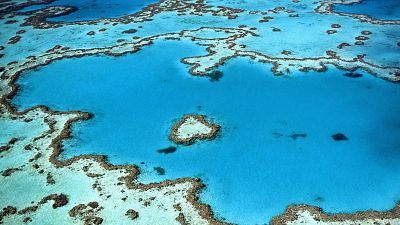 This decade is likely our last chance to save coral reefs, according to thousands of scientists from around the world warning of a tipping point in climate change.

The International Coral Reef Society is urging governments to do more to protect and restore coral reefs, to hopefully prevent them from heading “towards worldwide collapse”.

In a paper presented this week at the International Coral Reef Symposium, the authors advocate a three-pronged strategy to save the reefs: addressing climate change, improving local conditions and actively restoring coral.

With swift action to slow global warming to 1.5 degrees Celsius above pre-industrial levels this century - the target limit set out in the Paris Climate Agreement - the group says between 10 and 30 per cent of reefs could survive. But if global temperatures rise by 2 degrees Celsius, only about 1 per cent will.

Study co-author Andréa Grottoli, a professor of earth sciences at Ohio State University, says the window of opportunity for action is extremely narrow.

"If we are to limit warming to 1.5 degrees, we have to do it now: The science and the models show that we have only a few years left to reduce carbon dioxide emissions that put us on that path,” Grottoli said. “It has to happen this decade, or we won't make that target."

The researchers explain that if the world manages to stop global warming now - and actually start reversing it - then some reefs might survive. They could then be restored and provide the seeds to regrow reefs elsewhere.

Overfishing, pollution and other man-made disasters

The International Coral Reef Society is hoping its warning will serve as a wake-up call for policymakers at the upcoming United Nations Framework Convention on Climate Change (COP26) and the Convention on Biological Diversity (COP15).

But it will take more than just tackling climate change to save corals - other types of man-made damage will need to be addressed.

"As bad as climate change has been for the last decades, we also have lost vast amounts of coral reefs through overfishing, pollution and other local actions, and we need to tackle both of those fronts simultaneously," said Nancy Knowlton, lead author of the paper and Sant Chair for Marine Science Emerita at the Smithsonian Institution's National Museum of Natural History.

Coral reefs are crucial for biodiversity

Coral reefs are particularly vulnerable to global warming, which causes ocean temperatures to increase and ocean waters to acidify. Those changes can cause coral to bleach, stop growing and die.

Reefs currently cover less than 0.1 per cent of the world’s oceans, but they’re vital to marine ecosystems, housing about a third of the world’s known ocean species.

They are critical for local economies - reef-related tourism alone generates some €30 billion per year. They are also sources for important biochemical compounds, including for cancer drugs.

And at a time where climate change fuels more extreme weather events, corals even protect coasts from storm flooding and tsunamis. Healthy reefs can indeed break waves and reduce their strength by up to 97 per cent.

Without reefs, researchers estimate that flooding worldwide would affect 81 per cent more people each year, and that annual flood damage would more than double.

"The window for opportunities to act both on coral reef adaptation and on climate change mitigation will soon close for good," warned David Obura, contributing author to the paper and director of CORDIO East Africa, a nonprofit research organization focused on coral reefs and sustainability in Africa.

How can Europe flood-proof its major cities?

Will climate change bring an end to winter sports?