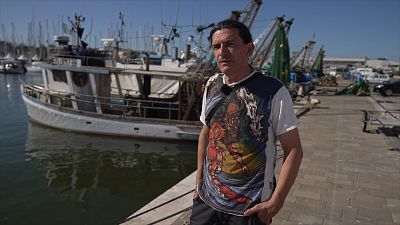 Fishing and offshore aquaculture are some of the riskiest jobs in Europe. According to the European Maritime Safety Agency's data, a total of 173 lives were lost between 2014 and 2019 in 89 fishing vessel accidents. More than half of the incidents occur on trawlers and most casualties are attributed to human action failure - including poorly trained, inadequately equipped and even overworked personnel onboard.

To improve working conditions and safety on fishing vessels, the Emilia-Romagna region on Italy's Adriatic coast is maintaining a dialogue between the fishing community, coastal municipalities, private associations, trade unions and other stakeholders.

"Improving fishermen's safety means, first of all, raising their awareness of the risks of offshore work that can be reduced. So associations should provide training, and the authorities should exercise control. Reinforcing the culture of safety, and improving controls, can certainly make work conditions more secure.

So far the main improvements are linked to limiting physical effort. If you only leave the shore and work for three or four days, compared to 5 days, you get less tired, you work fewer hours. The fish stocks improve as well as the working conditions.

In some regions, such as Emilia Romagna, but not only here, the awareness of the risks that I mentioned, has also increased thanks to training courses, and the growing safety culture improves the equipment on board. At last, fishermen are using accident-prevention gear, like gloves which weren't used until a few years ago. European funding has helped to make the working conditions better — but there's still a lot of room for improvement".

To watch the full interview with Marco Rinaldi, click on the media player above