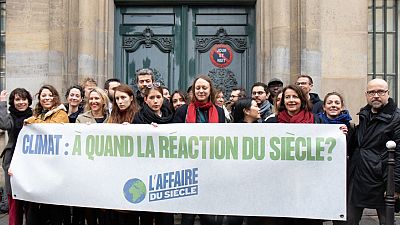 A court in Paris has ruled that France's government is guilty of climate inaction in a ground-breaking legal case.

The decision comes after a group of NGOs, with the support of two million citizens, filed a lawsuit against the French government for failing to meet the country's commitments to limit greenhouse gas emissions.

The legal claim was hailed as the "L'Affaire du siècle" or "the case of the century" by activists, who first started the dispute in March 2019.

Today, the court ruled that France has not done enough to meet its mandated goals to reduce greenhouse gases.

"Justice has just recognised that the state's climate inaction is illegal," said the campaigners behind the lawsuit. "This is a historic victory for the climate!"

France's commitment to curb global warming comes from the Paris Agreement, which was signed at COP21 in 2015. This international accord holds countries responsible for limiting global warming to less than 2 degrees more than pre-industrial levels.

Experts and activists like Greta Thunberg say that countries are not doing enough to meet this target. Today's decision is part of a growing movement which is using legal challenges to hold governments to account for this failure.

The case also makes it possible for direct victims of climate change in France to seek compensation from the French government. This puts increased pressure on lawmakers to focus on limiting global warming and mitigating environmental damage.

What is the penalty?

Though the ruling today is largely symbolic, it sets a precedent. The French state was ordered to pay compensation of €1, to show 'moral prejudice' which is a common occurrence in France.

The lawsuit is not about punishing the government now, but instead about ensuring French leaders are found to be legally culpable over climate inaction.

France already has an existing legal precedent of 'ecological prejudice', which was added to the French Civil Code in 2016. In cases relating to ecological prejudice, companies can be ordered to pay for the clean-up or repairs from whatever environmental damage has taken place.

Last year France took this a step further and made 'ecocide' a crime, punishable by fines of up to €4.5 million and up to a decade-long prison sentence.