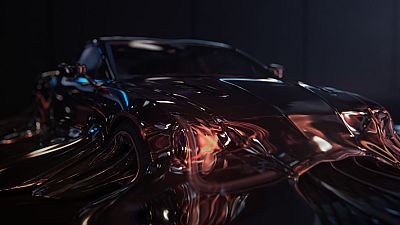 An advert from a Dutch electric bike company has been banned by French advertising regulators for “creating a climate of anxiety”.

The Autorité de Régulation Professionnelle de la Publicité (ARPP) has asked for the negative portrayal of car traffic and pollution in the 45 second ad to be modified before it can be aired. VanMoof, the company behind the advert, makes smart cycles which have been called the ‘Tesla’ of e-bikes.

The controversial advert shows scenes of car crashes, pollution and traffic jams projected onto the body of a futuristic sports car before it melts away to show the company’s newest bike. Overlaid text reads: “The alternative to gridlocked freeways and overflowing subways. Time to ride the future.”

This is the brand’s first TV campaign for its new high-tech models, which come with features aimed at urban commuters such as location tracking and onboard anti-theft devices.

The ad aired two weeks ago in the Netherlands and Germany, where it was reportedly well-received by the public.

“We were always aware that this commercial isn’t your usual bike ad,” VanMoof co-founder, Taco Carlier said in a statement. “It’s really a call to action, a chance to leave the past behind, and make real progress that benefits everyone.”

He says “questioning the status quo” always had the potential to be controversial, but that this was VanMoof’s “purpose from the start”.

A lack of neutrality?

VanMoof says the decision is at odds with new cycling initiatives launched in Paris and the €300 million recently ringfenced to improve cycling infrastructure. Mayor Anne Hidalgo was recently re-elected in the city with strong support for her platform encouraging walking and cycling.

Hidalgo has previously spoken out about the use of alternative forms of transport post COVID-19.

Some suggest the decision to pull the ad may be influenced by rapidly falling car sales in the country. After a 90 per cent plunge in sales during the coronavirus pandemic, French President Emmanuel Macron promised €8bn to bail out the struggling industry.

Conversely, e-bike companies like VanMoof have seen their sales grow during the same period. Bike-eu reported that the number of people choosing electric bikes over traditional pedal power increased unexpectedly when cycle shops reopened in Germany in April. In several regions, the brand has seen sales more than double during the first three months of this year.

Speaking on Radio France, ARPP’s managing director Stéphane Martin defended the move saying that it was “classic to attack the independence that we have”. He claimed that the smoking chimneys featured in the ad were not directly related to car traffic.

Martin also called out brands trying to “take down others” when promoting their own products. He added that it was easy for VanMoof to say they were being silenced, in order to boost media attention surrounding their launch.

But this isn’t the first time advertising in France has seen controversy around environmental campaigns. Earlier this year a 60-second film by Greenpeace denouncing policymakers’ inaction on climate issues was rejected by advertising managers on the Parisian metro for being “too political”.

The e-bike brand believes that rejecting their advert shows a “lack of neutrality” from the ARPP, which does not represent their recent pledge to reinforce sustainability in their policies.

“It’s puzzling that car companies are allowed to gloss over their environmental problems, but when someone challenges that situation it gets censored,” says VanMoof co-founder, Ties Carlier.