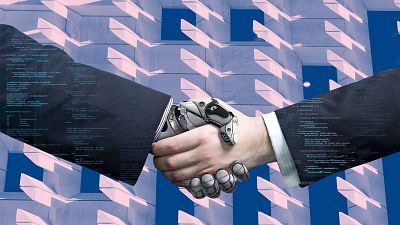 New research has concluded that increased automation has been having a significant impact across multiple sectors. In a study released this week by Massachusetts Institute of Technology (MIT), it appears that while a robot takeover isn’t on the immediate horizon, it is set to have a major effect on the workforce.

In one of the first studies of its kind, researchers were able to quantify the impact of automation, concluding that for every robot added to the US manufacturing industry an average of 3.3 American workers were replaced. This was particularly notable in areas such as Michigan which is currently home to the highest concentration of automated workers, as well as being the heart of North America’s automobile industry.

When it comes to people, "robots are pretty good at competing against them."

In commuter areas in Detroit, Michigan, every robot worker left an average of 6.6 human workers unemployed. MIT economist Daron Acemoglu, who co-authored the paper says, “Different industries have different footprints in different places in the US. The place where the robot issue is most apparent is Detroit.”

But while Acemoglu highlighted that their study found “fairly major negative employment effects,” particularly in areas with the most affected industries, there were economic benefits found in other areas of the country. As automation lowers the price of goods and cost of labour in particular, people working in different sectors were found to reap the financial rewards. On a social level, therefore, automation was found to exacerbate existing income inequality within the US.

Where employment was retained, wages were also found to be impacted with pay decreasing by roughly 0.4 per cent as a direct result of automation. Acemoglu said, “We find negative wage effects [...] because robots are pretty good at competing against them.”

Although the study focused on the US, the authors did note that America trailed behind Europe when it came to the introduction of robot workers. Across the period studied (1993-2007), Europe introduced 60 per cent more robots into the workforce than in the US.

"Even though the U.S. is a technologically very advanced economy,” added Acemoglu, “in terms of industrial robots' production and usage and innovation, it's behind many other advanced economies."

What about the environmental impact?

The study didn’t directly examine the ecological effect of increased automation, but with robot workers on the rise, it’s an important issue to consider.

The debate is not as straightforward as one might think. Fewer people commuting to work and more efficient processes in factories should, in principle, help to lower CO2 emissions. Teresa Tomas argues in Geospatial World that automation in manufacturing and other industries could lessen material waste and streamline processes, while also allowing factories to reduce their floor space, all of which could help minimise a company’s carbon footprint.

But some warn that this may not be the full picture.

“These innovations have the potential to significantly reduce greenhouse gas emissions,” writes Dr Laurie Wright, a senior lecturer of environmental sciences at Solent University, UK, in Newsweek. “But without proper consideration mass automation could be bad news, increasing consumption and emissions.”

Industrial farming, for example, has seen a significant rise in automation meaning food production is more efficient than ever before. But, as Wright points out, cheaper food combined with increasing average wealth means our consumption levels are rising too. For high-impact foods like red meat, greater consumption means “significant consequences for climate change and biodiversity,” he concludes.

What does an expert say?

Professor Rupert Read of the University of East Anglia, UK, has previously emphasised the “environmental collateral damage” of increased automation in the Guardian. Read spoke to Euronews Living further about the potentially “ecologically catastrophic” consequences of a growing robot workforce.

“Fans of robotisation tell us that it will be more efficient than having humans do certain tasks. But, what they do not tell us is what they propose to do with those humans.”

Read explains, “fans of robotisation tell us that it will be more efficient than having humans do certain tasks. But, what they do not tell us is what they propose to do with those humans.

“It is virtually certain that the toll on resources will be increased. Because we will have the same human population, plus vast metal and plastic and energy resources being expended upon automata.”

The human casualties of automation may be intrinsically linked with the environmental side-effects, he concludes.