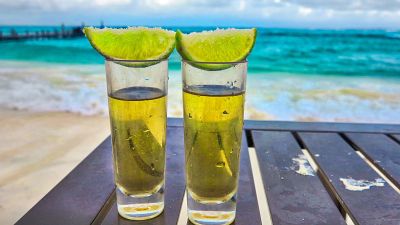 The agave plant can be used as a sustainable biofuel in transport, researchers at The University of Sydney, Australia, have found.

Agave tequilana is a plant native to Mexico, used to make tequila. But instead of in the shots we brace ourselves to down with a dash of salt and a wedge of lime, it’s being put to good use as a green alternative to fuel - biofuel.

Biofuel is defined as fuel deriving immediately from living matter, rather than being produced by the slow geological processes involved in the formation of fossil fuels, such as oil. It is considered as a form of renewable energy and is commonly made from plants and crops. Biofuel is often made out of sugar cane, corn, fungi and even algae.

Sugarcane is one such plant that is heavily used for biofuel. Brazil is the global leader in producing ethanol fuel from sugarcane and has been doing so since the 1970s. The sweet crop is particularly beneficial as it returns around eight times more energy than is invested into it.

Is the tequila plant the best biofuel?

Research has not yet confirmed that the agave plant is the best option, but it is described as “an economic and environmental winner for biofuel production,” by Associate Professor Tan of the University of Sydney. According to the study, agave tequilana is proving to be a more efficient alternative to both sugarcane and corn, most notably in semi-arid regions such as those in Australia.

"It can grow in semi-arid areas without irrigation; and it does not compete with food crops or put demands on limited water and fertiliser supplies. Agave is heat and drought tolerant and can survive Australia's hot summers,” continues Professor Tan.

While sugarcane yields 9900 litres per hectare every year, agave outperforms sugarcane on a range of measures including freshwater eutrophication, marine ecotoxicity and, most importantly, water consumption. It is therefore viewed as a more environmentally friendly crop to use.

"I think that when this could become commercially viable, it seems like by far the best crop to produce bio-fuels from," he says. "It hardly needs water, it grows on places where almost nothing else can grow (rocky, sandy, hot areas) and is therefore not competing with other types of crops (i.e. food)."

The most important thing, says Jousma, is that there is "no need to cut down any forest or jungle to grow these."

The study used chemical analyses of agave from a pilot agave farm in Kalamia Estate, Queensland. Dr Kendall Corbin, the leader of the study states, “it is fabulous that the results of [the] chemical analysis can [] have real-world applications.