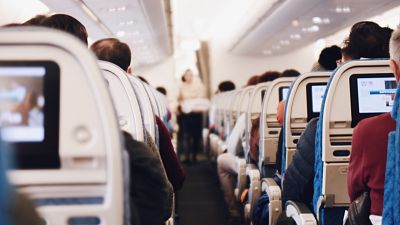 Nine European Union countries have signed a statement calling for aviation tax to be introduced on the continent. The proposed tax would hold airlines accountable for the amount of pollution they produce.

At present, all aviation fuel used in Europe has been tax exempt. But given that emissions have increased by 21% in the last year, “fiscal policy has a key role to play” if climate targets are to be achieved.

The coalition of countries signing the statement this week was led by the Dutch and joined by France, Germany, Italy Luxembourg, Sweden, Belgium, Bulgaria and Denmark.

“Compared to most other means of transportation, aviation is not sufficiently priced,” the letter said.

The demands call for a Europe-wide aviation tax to address the environmental impact of flying and to level out the playing field for current EU member states. Currently, EU countries operate under different laws. France has a levy on its airlines to account for the environmental cost, Sweden introduced an aviation tax in 2018, and the Netherlands is planning to introduce one in 2020 if an EU agreement isn’t reached before then.

"A fuel tax is an essential first step if Europe is serious about addressing the climate impact of flying. After all, aviation is the most carbon intensive mode of travel, and it needs to pay its way.”

He continued, “ticket taxes are good, but kerosene taxes are better because they reward new fuels and technologies.” For Murphy, this coalition of nine member states is “welcome” and how the European Commission reacts “will be a test of its climate ambitions.”

Read more | If you could fly cleanly, would you? Carbon Offsetting explained

Why has the aviation industry been tax exempt for so long?

Airlines are not required to pay fuel duty in the EU and VAT is currently zero, with no tax charged on sales. Therefore, neither tickets or kerosene are taxed and this has been the case since the 1940s. What’s the history behind the exemption? A fuel-related tax-break for aviation came into force in 1944 at the Chicago Convention. As a result, the industry has grown exponentially ever since, in an era of low cost flights - nicknamed the “golden age of air travel.”

Over the last 70 years, aviation has been responsible for 3% of the EU’s total greenhouse gas emissions, with the UK as a heavy contributor. In fact, the UK is in the third largest aviation sector in the world, going from handling 195,000 flights a year in 1950 to over 2 million in 2018, Air Quality News reports.

“It’s estimated a tax on kerosene could bring in an extra £14bn a year to the EU economy, and campaigners believe it could be critical to moving the industry towards clean fuels and a low-emission future,” the air quality news service predicts.