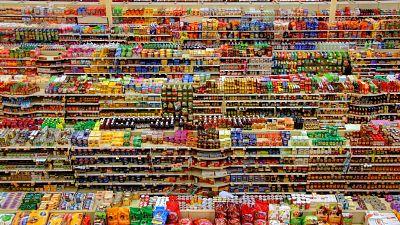 The top supermarket chain in Malaysia is prohibiting the sale of anti-palm products, in an attempt to preserve its controversial key commodity.

Malaysia’s largest supermarket, Mydin, has today announced a ban on any item that is labelled ‘palm-oil-free’ as it believes this damages the reputation of palm oil production. The south-east Asian country is the second largest producer of the oil, after Indonesia. The two neighbouring nations produce around 85% of the world’s palm together, contributing to a $60 billion industry around the globe.

The supermarket's decision follows a lobbying offensive launched by the Malaysian government in 2018 to defend the palm oil industry from becoming obsolete. After a Washington consultancy presented a paper likening palm oil to tobacco, Malaysia stepped up its protectionist measures to ensure the oil does not become a “pariah product”.

Declining to specify the amount of anti-palm products sold at his chain, Ameer Ali Mydin, managing director of Mydin Mohamed Holdings Bhd told reporters “we must support palm oil”. “By labelling something that there is no palm oil, you’re actually telling people that palm oil is bad for you”, he said, emphasising the importance of the industry to the Malaysian economy.

Teresa Kok, Malaysia’s minister of primary industries, agreed with the supermarket’s decision and encouraged other chains in Malaysia to do the same.

In response to the news, the Environmental Justice Foundation (EJF) spoke to Euronews Living. "Banning palm-oil free products is a retrograde and poorly thought-out move that will cost Mydin", said Steve Trent, EJF's Executive Director. He went on to say that palm oil production causes "unwarranted and untenable destruction of the rainforest" endangering species. In Trent's own words, the expansion of palm oil estates "must end now."

Offering some advice to the Malaysian chain of supermarkets, Trent concluded:

"Rather than refusing to sell palm-oil-free products, Mydin should put all their effort in to ensuring that any palm oil they do sell is – verifiably – sustainable, legal and ethical. It must not lead to any more deforestation. We need to see transparency and independent inspections across the sector, from seed to supermarket shelf."

Palm oil is a vast industry, present in half of all supermarket products from cosmetics and make up to frozen pizzas, biscuits and margarine. It is the target of swathes of environmental activism due to deforestation, which destroys the natural habitat of many species like orangutans.

Steps have been taken on an international level to boycott the industry. Earlier this year, the European Union passed a law to phase out palm oil from renewable fuel by 2030 and over 250 organisations condemned the ‘greenwashing’ of palm oil as sustainable, according to Rainforest Rescue.

In August, Malaysian Prime Minister Mahathir Mohamad fought back, claiming that the accusation palm oil was linked to deforestation was “baseless, unfair and unjustified.” He claims that the industry is acting “responsibly” and should not be attacked, as it is contributing greatly to the socio-economic well-being of the Malaysian people.