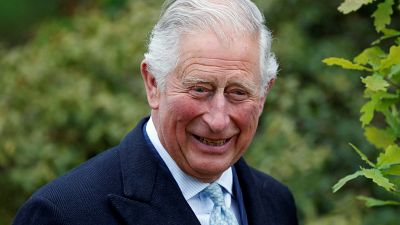 The Prince of Wales has teamed up with eco textile designers to produce a clothing collection made out of nettles from the royal grounds at his home.

Prince Charles has donated nettles from his home in Gloucestershire to form part of a sustainable fashion line of dresses by Vin + Omi. The fashion designers’ new project is aptly entitled ‘Sting’, and will be “pushing a new direction against fast fashion” as well as being a “very British affair”, the pair say on Instagram.

Vin + Omi have experimented with eco fabrics like cow parsley and horse radish in previous collections and all of their unique textiles are borne out of a social or environmental project. The designers are becoming pioneers in sustainable fashion, having already conducted river clean-ups in both New York and Nottingham and supporting a latex plantation in Malaysia, all with the aim of spreading awareness around the environmental impact of textile production.

When it comes to nettles the fashion design duo are well versed, having already worked with textile yarn formed from the Himalayan Stinging Nettle, hailing from the state of Uttarakhand, India. By teaching nearby villagers how to weave the nettle fabric naturally, they were able to be self-sufficient.

According to Vin & Omi, Nettle fabric is common in Asia but the UK nettle (urtica dioica) is poorly utilised in fashion.

Prince Charles suggested that the duo use nettles that were destined to be strimmed from his private gardens. 3,000 plants were harvested from Highgrove Estate, where the Prince of Wales resides, by a group of students from Oxford Brookes University.

In a recent interview, the designers described the fabric to The Guardian in the words, “you might think [it] was a type of alpaca, or maybe a very fine fleece” to the touch. “It’s a wispy, airy sort of texture” they said, unrecognisable as a nettle, as the point is to “make a contemporary garment out of a waste material.”

Edwina Ehrman, a Senior Curator at the Victoria and Albert Museum in London commented on the press release saying that the collection “has the potential to open our eyes to the value of plants that thrive in our climate and soil.”

More details of the 10-piece collection are highly awaited at London Fashion Week next week, but the designers have released some information on the eco nature of the show. In order to make it fully sustainable, bags on the catwalk will be made from recycled vinyl posters and any adhesive plaster in the show will be made from biodegradable bamboo.

Additionally, you can expect guests to be sipping from ‘edible drinking vessels’ and the show to be screened across he UK digital boards by Ocean Outdoors.

This is Prince Charles’ first foray into sustainable fashion, but the Prince is no stranger to environmental initiatives. He is known to have launched the ‘Prince’s Ranforest Project’ and ‘Accounting for Sustainability’ and was awarded the GCC Global Leader of Change Award for his outstanding contribution to global environmental preservation in 2017.

The dress collection will be showcased at London Fashion Week on September 17th at The Savoy Hotel in the capital.