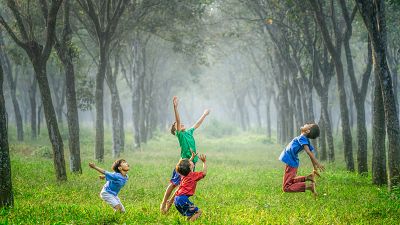 This month, we saw one major British newspaper banishing the term “climate change” and others from its journalistic vocabulary, opting instead for “climate crisis”. As a linguistic attempt to symbolise the severity of our planet’s emergency, it was a bold move, and is starting to inspire other platforms to seriously address global warming too.

Despite the dire straits we are in, there is still much to be inspired by. Here at Living, we think it’s important that you hear the good news too. Below, we examine the most positive news stories from the month of May, which show the extraordinary environmental initiatives popping up around the world to combat climate change.

Positive news in the world of transport. The buses will be highly sustainable, only having water exhaust emissions and will be on the capital’s streets by 2020. Exciting!

Not an article but a positive piece of news in the field of education. World renowned art school Central Saint Martins has launched a new university course for sustainable fashion design, with a focus on the circular economy. This will hopefully breed a whole new generation of ethical fashion designers.

3. Philippines passes law requiring students to plant 10 trees if they want to graduate

Good news hailing from the Philippines this time. A new law means students must plant trees upon graduation, in order to tackle climate change in the area. If all goes to plan, 525 billion trees could be planted in just a generation.

4. Would you buy a home made from poo?

A bit of a strange one, granted, but we're always happy to hear about projects using waste for a good cause. In London, the dried sewage of 4 million people is being recycled into homes. And they don't look (or smell) too bad either!

One local primary school in the British countryside has taken it upon themselves to build a fully eco-classroom. The children are raising awareness of plastic pollution through the project and learning lots too.

6. Waitrose tests eco-doors to save energy

Giant UK supermarket, Waitrose, are trying out new eco-doors in an attempt to save energy as customers come and go from their stores. The revolutionary door promises to cut its electricity bills by up to 10 per cent!

7. Stemming the tide: the Wave of Waste dress

Linda Thomas, a doctor turned eco-designer, has designed a dress made entirely from ocean waste. She stripped the material off more than 100 discarded bodyboards to form the 22 metre-long dress. An amazing design that promotes a passion for ocean conservation and will inspire you too.

The Health food chain replacing all branded and own-label wipes with eco-friendly alternatives, in a bid to reduce the environmental damage resulting from blocked sewers and waterways.

9. 130,000 trees to be planted across England to combat climate change

England's Forestry Commission are investing £10 million through the Urban Tree Challenge Fund, in order to plant thousands of trees across the country. The scheme will be open to individuals, local authorities, charities and NGOs alike.

10. A Signal in Giant Earthquakes That Could Save Lives

In the USA, a study this month has found a new way to detect when earthquakes are about to happen, meaning authorities can act quicker and lives can be saved. Seismologists are starting to gain a better understanding of earthquakes following the study.