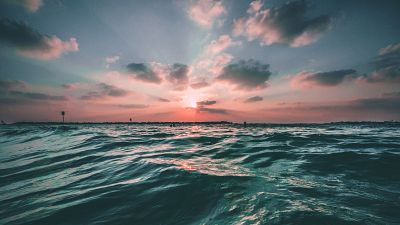 An American man by the name of Victor Vescovo has descended to the deepest point in the ocean, ever reached by a human being. The dive was made in a submarine, plunging 36,000ft down to the sea floor into the world famous Mariana Trench, a whole 53ft lower than the previous descent in 1960.

How deep is the Mariana Trench?

The Mariana trench is deep enough to completely submerge Mount Everest. So deep that if you dropped the mountain into the trench, its peak would still be over two kilometres under water. The American explorer made it down to, what is called, The Challenger Deep, which is the deepest known point in the ocean. If measured, the vast depth would be 11,000 metres or around 36,000 ft.

What did the explorer find?

Victor Vescovo, a retired naval officer, was stunned to find what appeared to be plastic, at the deepest point in the ocean. After spending four hours wholly submerged, in a submarine built to endure the immense pressure of the deep, he discovered what can only be described as litter. More specifically, a plastic bag and sweet wrappers, along with new forms of marine life and creatures.

This isn’t a one-off dive either, Vescovo has made four dives over the last three weeks into the Mariana Trench to collect various biological and rock samples. He is the third to attempt the descent, the last being Canadian film maker James Cameron in 2012 and before that, the US Navy in 1960. Vescovo’s dive was the deepest on record.

According to the UN, there is now a predicted 100m tonnes of plastic in the world’s oceans. Here at Living, we are doing all we can to raise awareness of plastic pollutants and the sheer amount of waste we consume as individuals. Zero-waste influencers are doing inspirational work on Instagram, artists are making sculptures out of recyclable waste and fruit and vegetable providers are cutting out plastic from their delivery services. We can all do our bit, so we suggest keeping up with all our plastic-free content for advice on the many ways you can adjust your lifestyle.