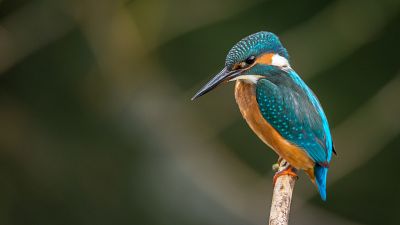 You can document it, just like tens of thousands of citizens around the world joined forces for three days to do so.

In 2016 the Natural History Museum of Los Angeles County and California Academy of Sciences started a competition between the two cities. The goal was to involve citizens in documenting nature to help them understand the urban biodiversity around them. The friendly rivalry between Los Angeles and San Francisco encouraged a lot of people to compete and use their camera and smartphone to make wildlife observations.

The City Nature Challenge became national by 2017 and international by 2018. Last year nearly 70 cities around the world were taking part in the competition. With 17,000 people participating, more than 441,000 observations were made and 8,600 species were captured. Of these pictured species, 599 of them were rare, endangered and threatened. This year, the City Nature Challenge got more than 150 cities involved.

Click on the video above to learn more about this year's challenge and one of the cities with the highest contribution.

How our phones became our whole lives in just 10 years, from a woman who resuscitates them ǀ View