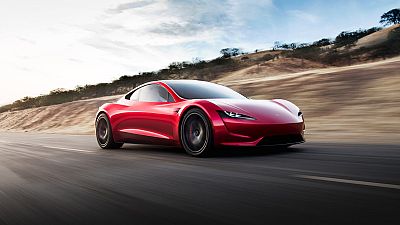 Supercars as a breed are expensive. Costly to buy, pricey to run and every time they go near a workshop you’ll need to set aside a small fortune. Yet it doesn’t have to be that way, perhaps other than the upfront amount you need to own one. Enter the electric supercar. This new era of horizon-bending sports cars really took off in 2008 when Tesla launched its first Roadster and Lightning GT was announced. Both promised fantastic performance, though the Tesla majored more in acceleration than outright top speed, which is a common theme with fast EVs. Yet, neither car really caught the imaginations of buyers and the EV supercar remained on the periphery of this exalted niche sector.

All of that has changed now thanks to a shift in perception about the usability of EV supercars and what they have to offer. Tesla did a lot of this groundwork with its Model S, introducing the idea of sensational performance through its sleek executive model. Yet, arguably, it’s BMW that truly brought the notion of a battery-powered supercar to the fore when it launched its i8 in 2014.

Admittedly, the BMW is a range-extender with a 1.5-litre motorcycle-derived engine acting as a generator for the front and rear electric motors that make the i8 so quick. Regardless of this, the i8 has found much wider acclaim and favour with enthusiast drivers than any other EV supercar to date, helped by the blue and white roundel badge on its nose.

The i8 continues to this day and offers the choice of coupe and roadster models, but it now has some very serious competition. Arriving at the same time as the i8 was the Rimac Concept One that proved the pure EV could compete with hypercars such as the La Ferrari and Porsche 918 that used hybrid tech to supplement their predominantly petrol-slanted propulsion systems. What Rimac came up with was a 1224hp machine capable of 221mph and 0-62mph in just 2.5 seconds. Equally impressive is the Rimac’s 220-mile range, yet this is far from the peak of Rimac’s ambition.

The Croatian firm also has its C-Two waiting in the wings with 1914hp from its electric motors promising 0-62mph in only 1.85 seconds. To put that in context, that’s half the time it takes a Porsche 911 Carrera 4s to cover the same sprint. The C-Two is also claimed to hit a top speed of 258mph, though you’ll need £1.6 million ($2.1 million) to experience this.

Others to consider in this growing band of desirable supercars are the Porsche Mission E, Polestar 1, Piech Mark Zero, Mercedes-AMG One and all-new Tesla Roadster. Each has its own attractions and the fact big name car companies are moving into this arena proves its appeal to them and potential buyers.

Should you have the wherewithal and desire to own an EV supercar, you may still have pause for thought about how usable one really is. After all, with traditional supercars, you know the deal involves a lot of stops for expensive petrol and costly routine maintenance. Do EV equivalents put the same strain on your wallet.

There are certain givens that are the same regardless of what powers a supercar. Tyres are one and a set of rubber for a supercar can easily hit £2000, with them typically lasting 8000 miles on the road and far less if you use the car on track. Brakes are another consideration as fast cars need strong anchors. Even with regenerative braking, supercars get through pads and discs quickly, so this is another routine item you’ll have to factor into running costs for an EV sports car.

After that, however, EV supercars begin to look like bargains next to their petrol brethren as there are far fewer moving parts to wear out. A full charge is a matter of a few pounds rather than a three-figure fill-up at a fuel station. Typical range will be similar between electric and fossil fuels regardless of how the driver uses them. The only difference here is recharging a battery will take longer than filling with petrol, so track day addicts may need to make sure a rapid charger is available to keep their fun going throughout the day.

Performance of an EV supercar

On the road, using the performance of an EV supercar is dictated by exactly the same conditions and constraints as for petrol models. Speed limits have to be observed and supercars are rarely at home on tight, twisty roads so you need to choose your route carefully. You’ll also need to make sure there’s a charging point along the way if you want to go further from home, but this is the same as checking for fuel stations.

All of these are common hurdles to using a supercar, but the rewards are driving something spectacular. The immediate acceleration offered by EV supercars is unlike anything else, so you can enjoy them more on real roads whereas petrol models often need to be taken to much higher speeds before their talents become clear. With superb grip, handling and steering feel, the latest crop of EV supercars has not only caught up with the best of the fossil-fuelled generation, they’ve already surpassed them.