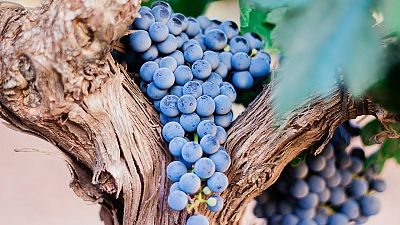 It's 7am. I'm checking in at Chisinau's plush Radisson. “Would you like a glass of wine sir?” That's the kind of welcome you want at any hotel. Though for me perhaps it's time to wait until the sun has set over the yard arm. I laugh. But they're serious. “Welcome to Moldova!”

Wine is everything here. The Moldovan wine industry stretches back to pre-history when the exceptional soils and favourable climate didn't pass the locals by. They knew how to party. And they still do.

Wine connoisseurs have been in the know about Moldova since the country stopped flogging mass produced bulk wine of questionable quality to Russia. That Russian embargo was a blessing in disguise for the country because since then they've concentrated on producing upmarket, small-batch bottles for the rest of Europe, the USA and China. But here's the kicker: you can come here and drink wines of exceptional quality for a fraction of the cost of plonk that you'd sample on the wine trail in La Rioja, Bordeaux or the Uco Valley of Argentina. It's cheap, it's cheerful and it's good.

With sleep in my eyes I set out to explore Moldova's capital. Half of it is scruffy, Soviet grey, throbbing with life. You can buy puppies, nicked berries, fake Ray-Bans. The other half is surprisingly serene: sprawling parks, scrubbed up government buildings, a topiary 'Moldova' outside Parliament. I stumble on folk dancing and the famous local tradition of photographing bridal parties on the steps above the Valea Morilor Lake. There are ten of them on this hot summer Sunday. A freshly married groom stubs out a cigarette with his fingers and chucks it in a skip before one of the snappers presses 'click'. Teenagers dive into the muddy lake and the derelict Adventure Park begs to be put back into action.

Wine buffs can buy bottles at supermarket chains like Linella which have incredible stocks of Pinots and sparkling tipples like Radacini's Reserve, which will make Champagne fans very happy. Cricova is one of the biggest wine businesses here. Their shop is an obvious stop, they also have a cellar door at their winery just outside the city. Moldova, incidentally, is home to the world's biggest wine cellar. There's also a huge wine bottle sculpture out in the countryside but finding that is part of the fun so we won't supply you with the exact coordinates.

Cricova hosts its own wine festival on Sep 8-9 with tastings (of course) and performances from big bands like Latvia's Brainstorm, who are huge across Eastern Europe. Chisinau also hosts its own Wine Day every October, with food, wine, dance and music taking over the streets. Hotels book up up early for this – just like they do at Munich's Oktoberfest.

Out in the countryside I feel like a need a glass of vino to survive the suicidal overtaking on the road to Tiraspol. Vines are planted everywhere and there are wineries you can stop and look at. Moldova is a fascinating country dangling at the edge of Europe. But within it is an even more intriguing country: Transnistria. An anomaly left over when the USSR collapsed, Transnistria has declared its independence from Mother Moldova. Almost no-one has listened to it.

But that's funny because it feels like a country alright: you cross a border outside Bender and show your passport. Transnistria has its own money, government, stamps and flag – featuring that forgotten icon, the hammer and sickle. Lenin chills outside the Palace of the Soviets and Russian troops chill with cigs along main roads, 'keeping the peace'. Transnistria speaks Russian whereas Romanian is the main tongue of the rest of Moldova.

Inside Kvint in Tiraspol

The biggest business in Tiraspol? Well, you guessed it. Step forward Kvint. Their huge premises produce boxed wine, fine bottles, fizz, brandies and spirits. You can pick up an absolute bargain in the shop at the front – and some Jet Set cigs for half a Euro. Oh and there's Sheriff of course – football fans will know Sheriff Tiraspol. But the ex KGB officers who set up this enterprise also own gyms and supermarkets.

Back in Chisinau I discover that the Radisson is built for wine lovers. They even have their own cellar door or 'winehouse' as they endearingly call it (anyone else thinking of Amy right now?). At Taste of Blu I meet Moldova's most awarded sommelier Mihai Druta. He guides me through a tasting – and one of the best parts of it is sampling rare endemic grape varieties.

I try two Fautor Winery classics: a Feteasca Neagra and Rara Neagra blend with a velvety mouth feel. Then a straight up Feteasca Regale with apple and lime notes that perfectly sums up summer as the city swelters in the August heat. Druta tells me: “Moldovan wine today is about small producers and family wineries making premium wine. And nothing costs more than 100 Euro a bottle.”

The perfect place to finish is on the roof at Zaxi, which has open air city views and live music (and Moldova's biggest wine list). After you've dined Japanese-style on king prawns from the Robata and seaweed salad you can dance the night away – of course with a glass of Moet or some sparkling Cricova, just like the (very attractive) locals do.

Flights from London Luton to Chisinau with Wizz Air (wizzair.com)