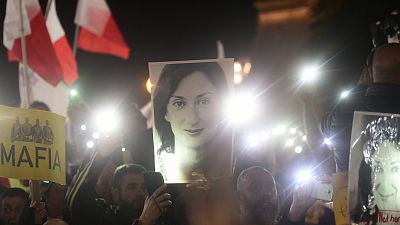 A new festival has launched in London to celebrate the life and efforts of Maltese investigative journalist Daphne Caruana Galizia.

Caruana Galizia spent her life investigating political corruption and organised crime until she was assassinated in 2017. Her life’s work was unveiling the truth in Malta’s complex political environment. For her dedication, she paid with her life.

Events at the festival highlight the incredible work of women journalists throughout the world, and the fantastic achievements that Caruana Galizia made in her life.

Daphne Caruana Galizia was born in 1964 in Sliema, Malta. By the late 80s she was already on the way to establishing herself as one of the foremost journalist voices in the country.

As her son, Paul Caruana Galizia wrote, “she was the first woman to write a political column in Malta, and the first person to write in her own name rather than anonymously. She was the person who broke every major story in the country after she started writing, aged 24, in 1988, the year I, the last of her three boys, was born.”

“She was the woman who co-founded one of the country’s daily newspapers four years later and investigated neo-Nazis, drugs and arms traffickers, presidents, prime ministers and judges,” Paul continues.

She was frequently put under police guard throughout her life, especially at elections, and at the time of her death had 48 libel suits hanging over her. Many of which came from prominent politicians.

In 2017, Caruana Galizia was driving in Malta when a car bomb was detonated, killing her.

Since her death, Caruana Galizia was awarded multiple posthumous journalism honours, and has spurred on many new projects fighting to authentic journalism in her name.

A festival in her honour

The Daphne Festival is the latest project that honours the memory of what Caruana Galizia stood for.

Many of the events take place online and in-person in London, including today’s ‘What Women Journalists Face to Tell the Truth’, a talk on the abuse women deal with in journalism careers, to ‘The Power of the Pen: The Creative Legacy of Daphne Caruana Galizia’ on the October 9.

As such a huge force in investigative journalism, the events will be hosted by some of the biggest names in the field.

Alessandra Galloni, editor-in-chief of Reuters; Roberta Metsola, President of the European Parliament; and multiple members of Caruana Galizia’s family including her sister and son will all take part.

For anyone with even a passing interest in the incredible work investigative journalists do to make real change, the festival is not one to miss.

Malta urged to redouble efforts to investigate murder of journalist