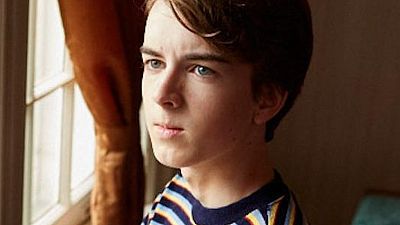 The Canadian actor Ryan Grantham has been sentenced to life in prison for fatally shooting his mother in March 2020.

The 24-year-old, best known for playing Jeffery Augustine in teen drama Riverdale, as well as roles in the hit show Supernatural and the 2010 film Diary of a Wimpy Kid, was sentenced last week after pleading guilty earlier this year to second-degree murder.

Prosecutors said Grantham shot and killed his 64-year-old mother, Barbara Waite, while she was playing piano at their home in Squamish, British Columbia, on 31 March 2020. The next day, the then-21-year-old allegedly loaded his car with three firearms, Molotov cocktails, ammunition and a map that had directions to Prime Minister Justin Trudeau's home.

In a video recorded on his Go-Pro camera after the killing, Grantham confessed to the crime, filming his mother’s body while saying: “I shot her in the back of the head. In the moments after, she would have known it was me.”

He went on to state that he planned to kill Trudeau and considered committing a mass shooting at his school, Simon Fraser University. Instead, he drove to Vancouver police to turn himself in.

Grantham has been imprisoned since 1 April 2020.

According to his attorney Chris Johnson, Grantham has serious mental health issues.

“The psychiatrists agreed that at the time of this horrendous event he was suffering from a major depressive disorder and a cannabis use disorder, among other things,” Johnson told the Hollywood Reporter.

Before handing down the decision, British Columbia Supreme Court Justice Kathleen Ker called the case “tragic” and “heartbreaking.” She added that it was a “saving grace” that Grantham chose to turn himself in and not commit mass murder.

Judge Ker decided that Grantham must serve 14 years before being eligible to apply for parole.