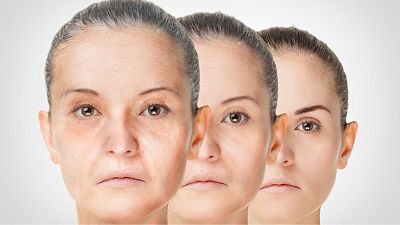 A study has found loneliness and other psychological issues could cause people to age quicker than a smoking habit.   -   Copyright  Canva
By Luke Hurst  •  Updated: 27/09/2022

It is already well-established that being lonely can be bad for your psychological health.

But it may also be affecting your physical health - specifically, accelerating your body’s ageing process.

The researchers behind the study, led by biotechnology company Deep Longevity, said they were surprised to see how much of an impact psychological factors could have on ageing, compared to established physical factors such as a smoking habit.

What is an ageing clock?

An ageing clock is a statistical model that measures biological age, rather than chronological age - which is how old a person actually is based on their date of birth.

By looking for a combination of 16 blood biomarkers, seven biometric parameters, and the biological sex of the participant, the clock created an age prediction.

“An ageing clock is a digital model of ageing trained on thousands of human samples,” Fedor Galkin, Lead Scientist at Deep Longevity, told Euronews Next.

“It learns to identify the footprints of ageing by inspecting biomarker profiles annotated with chronological age. Then, it can estimate a person’s age by looking at their biomarkers,” he said.

“It turns out that if a person is recognised by this model as an old person, their molecular ageing processes are accelerated. This property can be used to prevent the onset of ageing-related diseases or find ways to slow down ageing”.

After analysing the data of 11,914 Chinese adults, the clock determined that smoking added around 1.25 years of ageing.

Feelings of loneliness, however, could add 1.65 years of ageing.

It wasn’t that feeling alone that contributed to this acceleration of ageing, though, but rather a whole set of psychological designed to measure wellbeing that also included fearfulness, hopelessness, depression, unhappiness, and poor sleep.

“There is a large body of research on how mental and physical health is connected, including their common ageing trajectories,” said Galkin.

“The surprising part is that, unlike in some other research projects, this link can be observed using very simple data types. Another surprise is just how impactful psychological parameters can be compared to a well-established pro-ageing factor, such as smoking”.

Manuel Faria, another author of the paper, argued that “mental and psychosocial states are some of the most robust predictors of health outcomes - and quality of life - yet they have largely been omitted from modern healthcare”.

He said that the psychological aspect of ageing should not be neglected either in research or in practical anti-ageing applications.

The authors concluded that given the strong connection between psychological states and ageing, poor mental health needs to be recognised as a major driver of ageing.

“This study lays the foundation for the new tools that may help reverse both the psychological and biological ageing and improve well-being at the same time,” said Alex Zhvaoronkov, the founder and CEO of Insilico Medicine and a co-author of the paper.

“Both organisations and governments would benefit from increased productivity and decreases in healthcare costs stemming from psychosocial and biological age optimisation”.

The study is published in the journal Aging-US.

A new form of herpes virus can fight advanced cancers. Here’s how

Flies on food aren’t just a nuisance. They're dangerous to your health

Gut health scientists need 100,000 volunteers to send them their poo