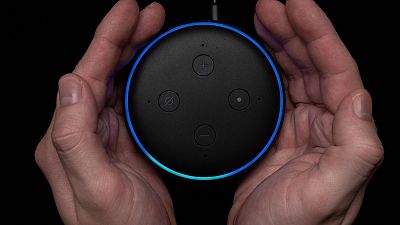 Amazon Alexa is back online after suffering outages across Europe on Friday, leaving users unable to get responses from their Echo devices.

Users in the UK, France and Germany reported the outages and the website Down Detector also showed there was a spike in reports of problems with Amazon Alexa devices on Friday morning.

The site detected some 8,000 reports of users being locked out of the service.

The virtual assistant was back online after a two-hour blackout that started around 8 am CET.

"This morning we had an issue that impacted some Alexa customers' ability to interact with the service," confirmed an Amazon spokesperson.

Many users were left confused on Friday as the gadget would not respond to voice commands or would reply with a message saying that "something went wrong".

Social media was also ablaze with posts from Alexa owners who were unable to converse with their electronic companions.

Is anyone else getting this issue?

The Internet is fine.

Is it the end of the world?@amazon#alexadown#ENDOFDAYSpic.twitter.com/s9SGoLwwTK

Anyone else’s #amazon#Alexa not working in #Ireland or #uk she lights up listens but doesn’t play any commands.

Although in typical internet fashion many were able to see the funny side.

Alexa users trying to work out if Amazon's servers are still down pic.twitter.com/DiRTSNgHhA

Amazon hasn't yet disclosed the reason for the outage.