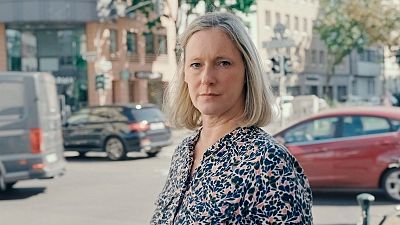 German citizens are suing the government over toxic air pollution levels which they say are violating their fundamental rights.

Seven claimants, from Germany’s four most polluted cities, are bringing the case. They include asthma sufferers and parents acting on behalf of their children.

In September 2021, the World Health Organisation (WHO) tightened its recommended air pollution limits, after scientists found evidence of damage to human health at lower levels than previously thought.

A year on, German air pollution law remains unchanged. So the residents from Berlin, Munich, Düsseldorf and Frankfurt are taking the issue to the country’s highest court.

“In many ways air pollution is an invisible issue - not enough people understand how badly it’s affecting them,” says Volker Becker-Battaglia, a claimant from Munich who suffers from asthma.

“Air pollution may not often be named the official cause of death, but it claims lives - and causes long-term diseases, including cancer, heart problems, shortness of breath and strokes.”

He believes there are many ways to cut air pollution, but the political will is missing. “To change that, I am now suing for my right to breathe clean and healthy air,” adds Volker.

What is the legal basis for the air pollution claim?

Air pollution in Germany has sunk significantly in the past few years, and now complies with current EU law in many places.

But the goalposts have moved, explains ClientEarth, the nonprofit legal organisation supporting the claimants alongside German NGO Deutsche Umwelthilfe (DUH).

The WHO has dropped what it deems acceptable by 75 per cent in some cases, meaning people are breathing in air that contains up to four or five times the amount of toxic pollution that scientists know is dangerous.

In Berlin, for example, fine particulate matter PM2.5 - fuel combustion residue so small it can even enter the bloodstream - averaged 19 μg/m3 in the last decade. The WHO has now set its upper limit at 5 μg/m3. The upper limit for nitrogen dioxide (NO2) was set at 10μg/m3 but hit 70.8 μg/m3 in Munich in the last five years.

This means that even though cities are no longer illegally polluted, people are still breathing dangerously dirty air.

We have somehow ended up living in a world where transport and industry seem to have more rights than people themselves.

“We have somehow ended up living in a world where transport and industry seem to have more rights than people themselves,” comments ClientEarth fundamental rights lawyer Irmina Kotiuk.

“The scale of the problem is clear - more data emerges every year on how many people are affected by air pollution, how many people die early, and the myriad ways breathing toxic air can harm and alter our bodies. Yet while there are some local champions, national governments are painfully slow to address it.”

In bringing their case, the seven claimants are invoking Germany’s ‘basic’ or fundamental law (Grundgesetz) and the country’s signature to the European Convention on Human Rights and the EU Charter of Fundamental Rights.

Have European air pollution claims been successful before?

When WHO updated its Global Air Quality Guidelines last year, campaigners were quick to realise the legal significance. The new recommendations should “serve as a wake up call” to governments across Europe, Ugo Taddei, ClientEarth’s head of clean air, told Euronews.

Earlier this year, an adviser to Europe’s top court suggested that EU citizens may be able to sue their governments for financial compensation if illegal levels of air pollution hurt their health. Individuals would need to prove that the damage had been directly caused by air pollution, advocate general Juliane Kokott said in May, during a case brought by a Paris resident.

But the science on this has been stacking up for years; most recently, new research showed exactly how air pollution causes lung cancer.

ClientEarth has a strong track record in using the law to hold governments to account. In 2021, it won a five-year legal battle for clean air in Brussels, together with local residents. And its lawyers and DUH previously took on dozens of cases in Germany over illegal levels of NO2 - resulting in a ruling allowing German cities to ban diesel cars.

Air pollution sank twice as fast in cities where legal action had been taken.

The German parents fighting for their children

The heartbreaking death of nine-year-old Ella Adoo-Kissi-Debrah from an asthma attack in 2013 set an important legal precedent. Following an inquest in 2020, she became the first person in the UK to have air pollution listed as a cause of death.

Claimant Constanze, from Düsseldorf, is acting with her two children in mind today. “They deserve to grow up healthy - living in a city should not condemn them to getting sick because of air pollution, and carrying its impacts with them for the rest of their lives,” she says.

“My goal with this challenge is to prevent any more avoidable damage to people’s health from air pollution - it’s our government’s duty to protect my children, and all of us.”

The other claimants include Tanze, a mother of two from Düsseldorf; Georg, a father from Berlin; and Saskia, a midwife with three children from Berlin; as well as further adults and children who wish to remain anonymous.

Will the EU’s new air quality law address the problem?

The EU is currently reforming its principal air quality law - the Ambient Air Quality Directive (AAQD) - which sets the upper pollution thresholds for the whole bloc.

However, once agreed, it could be several years before EU member states are obliged to comply with the new limits, due to a lengthy adoption process.

“There has always been an epic delay when it comes to EU countries complying with air pollution law. They need to take action now to prevent any more lives being blighted unnecessarily, and any more children carrying the legacy of dirty air for life,” says Kotiuk.

“What’s needed here is simple: alignment of national air quality laws with the science laid out by the world’s leading experts. This is the bare minimum our leaders should be doing to protect people.”