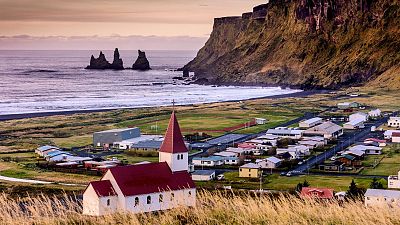 European energy mixes are under ever-closer scrutiny, with the latest IPCC report and Russia-Ukraine war spurring on the race for renewables.

Given the need to cut our ties with coal, oil and gas generally - and Russia’s pipelines specifically - there have been a flurry of positive announcements in recent weeks.

Italy’s new offshore wind farm will serve some 60,000 people, Germany is eyeing up organic waste and the European Commission has said it will do “whatever it takes” to strengthen the bloc’s solar manufacturing industry.

Meanwhile, for the first time ever, wind and solar account for more than 10 per cent of the world’s electricity supplies - according to a new report from independent climate thinktank Ember.

Reading new releases everyday, it can be hard to keep track of how well each country is actually doing to increase renewable energy as a proportion of its overall mix.

It takes time for energy projects to be productive - albeit considerably less time for renewable infrastructure like onshore wind farms - but the International Energy Agency (IEA)’s data provides a comprehensive look at how each nation is faring so far.

Iceland and Norway use the most renewable energy

Iceland has the highest share of renewable energy in Europe, thanks to its incredible geothermal resources.

Overall, an impressive 89 per cent of the nation’s total energy supply comes from renewables - according to analysis of the 2019 IEA dataset by UK-based insulation firm UValue.

It leads by a long way in the top 10 European countries in the clean energy field. Norway comes second with 49 per cent of its energy derived from renewables - primarily hydro, of which it generates around 125,500 GW/h.

Albania and Latvia are next on the list, both with 42 per cent of their total energy mix coming from a combination of hydro (strongest in Albania), biofuels and waste (a sizeable 37 per cent in Latvia), wind, solar and other sources.

The Scandinavian nations of Sweden, Finland and Denmark follow, also with an emphasis on biofuels and waste. And Montenegro, one of the continent's smallest countries, comes eighth, followed by Austria and Croatia.

But crucially, none of the top 10 countries by this renewable metric are in the top 10 by total energy supply. It would make more of a dent in the world’s carbon emissions if Germany, France and the UK - the biggest energy users - were to increase their renewable supplies.

There is still an overreliance on fossil fuels, most of which comes from abroad. This is one of the reasons why we are seeing an increase in energy prices.

“It’s clear green energy has not become the dominant form of energy production in Europe,” a UValue spokesperson said in response to the findings. “There is still an overreliance on fossil fuels, most of which comes from abroad. This is one of the reasons why we are seeing an increase in energy prices.”

The technology is there, however, and the rapid acceleration of wind and solar to 10.3 per cent of global electricity generation shows how much can be achieved in just a few years.

In fact, these twin renewable sources could grow enough to keep us within the 1.5 C threshold of global warming if their growth rate is maintained to 2030, Ember found.