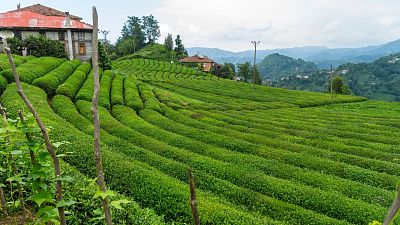 The World Bank has approved a loan of $341 million (€306m) as part of a project to support Turkey's agricultural sector and encourage the use of 'climate-smart technologies'.

The project aims to improve collection and use of information on 14 million hectares of soil and land, enhance disease surveillance in animals and help reduce carbon emissions, according to the World Bank.

Agricultural expansion in Turkey is creating significant environmental and climate pressure due to the inefficient use of land, water and energy, while accounting for more than 13 per cent of Turkey's greenhouse gas emissions.

The news follows a campaign launched last week to turn the country's open-cast coal mines into solar farms. Campaign group Europe Beyond Coal has said the energy generated would be enough to power 6.9 million homes.

The high resource intensity of Turkey’s economy and its heavy reliance on fossil fuels is damaging to the environment. More progress is needed in the transition to a low-carbon, circular economy - so this multi-million euro loan is coming at a good time.

Turkey consented to abide by Paris climate agreement late last year, and has said it aims to achieve net zero carbon emissions by 2053.

“As climate activists, for many years in Turkey we have been demanding the Paris agreement be ratified, so it is an important achievement for Erdogan to make that statement,” Emine Ozkan, co-spokesperson for Turkey’s Green Party, told Al Jazeera in October.

By 2030, Turkish officials say they will reduce greenhouse gas emissions to 21 per cent below expected levels. And by 2053, they plan to reach net-zero emissions, meaning green spaces and other natural carbon sinks would absorb all the greenhouses gases emitted in the country.

Are floating cities the future of coastal living?