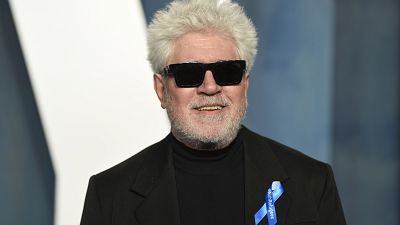 The legendary Spanish filmmaker Pedro Almodóvar has bowed out from his first ever English-language film.

‘A Manual for Cleaning Women’ stars Cate Blanchett and is being made by her Dirty Films production company.

“It has been a very painful decision for me,” Almodóvar told Deadline Hollywood.

“I have dreamt of working with Cate for such a long time. Dirty Films has been so generous with me this whole time and I was blinded by excitement, but unfortunately, I no longer feel able to fully realise this film.”

Dirty Films are yet to announce a new director for the film.

Almodóvar’s decision was confirmed by his brother, Agustin Almodóvar, who runs El Deseo production company with him.

“Pedro Almodóvar is leaving the ‘A Manual for Cleaning Women’ project, which will continue forward with Cate Blanchett,” Agustin wrote on Twitter.

Almodóvar has made 22 feature films over a 50-year career. Until this venture, all his films have been in Spanish.

He has frequently worked with Penélope Cruz and Antonio Banderas throughout a decorated career that has seen his films nominated for nine Oscars, winning Best Foreign Language Feature for ‘All About My Mother’ and Best Original Screenplay for ‘Talk to Her’.

‘All About My Mother’ also won Best Director at the Cannes Film Festival, with his 2006 film ‘Volver’ winning Best Screenplay. His films are some of the most decorated Spanish filmmakers ever at the Spanish Goya film awards with 117 nominations and 32 wins.