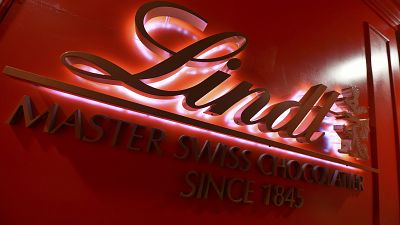 Swiss chocolate maker Lindt & Sprüngli has announced that it has decided to withdraw from the Russian market because of the invasion of Ukraine.

The company, famous for its Lindor chocolate balls and golden foil-wrapped Easter rabbits, had decided in March to temporarily close eight shops and suspend deliveries to Russia.

"Following its announcement on March 9, 2022, the Lindt & Spruengli Group decided to exit the Russian market," stated the Zurich-based company on Tuesday. "We will support our employees in Russia and act in accordance with local regulations."

Russia had hoped that Switzerland would remain business-friendly for Russian companies and trade, but placed Switzerland on its list of ‘enemy nations’ after the adoption of EU sanctions in March.

Switzerland’s neutrality was questioned after the decision to join the EU’s sanctions effort, although Swiss authorities stated that the commitment to neutrality is unwavering. In March, Swiss President Ignazio Cassis said that “Switzerland is not at war with Russia.”

Last week, Russia said it had turned down a Swiss offer to represent Ukrainian interests in Russia and Moscow's interests in Ukraine, stating that it no longer considers Switzerland a neutral country.

Foreign Ministry spokesperson Ivan Nechayev said that "the Swiss were indeed interested in our opinion on the possible representation of Ukraine's interests in Russia and Russia's in Ukraine. We very clearly answered that Switzerland had unfortunately lost its status of a neutral state and could not act either as an intermediary or a representative. Bern has joined illegal Western sanctions against Russia."

Which are some of the Western firms still operating in Russia?

Russian food businesses in the U.S. facing backlash over Ukraine