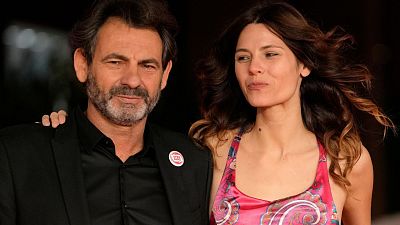 The true story of a charity that rescued more than 62,000 migrants and refugees in the Mediterranean sea premiered at Rome Film Festival this weekend to rave reviews.

'Mediterraneo: The Law of the Sea' will be one of the first depictions of Europe's ongoing crisis to reach our cinemas.

Directed by Barcelona-born Marcel Barrena, the Spanish feature film is based on a reconstruction of how Oscar Camps, a Catalan lifeguard, started saving Syrian refugees on the small Greek island of Lesbos in 2015 with just two lifeguards and a small dinghy.

His work formed Open Arms, a sea rescue nonprofit that expanded its work toward the central Mediterranean sea with two rescue ships to save refugees coming from Libya, thanks to volunteers and donations.

The film illustrates the growth of the operation upheld by solidarity, alongside the damning anti-immigration rhetoric purported by right wing parties across Europe.

Striking down anti-migrant sentiments in cinema

Barrena's previous works did the rounds at international film festivals throughout the 2010s, focusing on marginalised people, disability, and community.

Anti-migrant rhetoric can be found in several corners of present and prospective European governance - French leadership hopeful Marine Le Pen is taking her third punt at becoming President on that ticket, while Hungarian leader Viktor Orban continues to activate much of his base in the same way.

Mediterraneo seeks to hold a mirror up to such views. In fact, the film arrives a week ahead of a landmark trial against Italian politician Matteo Salvini, who denied entrance to an Open Arms ship with over 100 migrants onboard for over 19 days as it tried to dock in an Italian port in 2019. He was Italy's Deputy Prime Minister at the time.

American actor Richard Gere boarded with food supplies to try to influence public opinion and unblock the stalemate. It is expected he may testify against Salvini in the future.

A near-repeat incident took place last year when 75 migrants jumped overboard off the coast of Palermo after a week of waiting to dock. The group were saved by the Coast Guard, leading to another 48 to make the same troubling decision the following day.

According to the International Organization for Migration more than 1300 people have drowned in the Mediterranean sea in the attempt to cross from northern Africa to Europe this year.

'Ordinary citizens have lived in this situation'

"We will not succeed in arousing public indignation if we do not show them what is going on," says Camps.

He describes watching his lived reality on screen as an emotional experience.

"This movie shows without any adjectives, without political comments what happens and how ordinary citizens have lived in this situation, what it was like to live in Lesbos, how the local residents, even the most biased ones against migrants, reacted initially and then when they saw migrants putting their lives at risk in the sea, they just left everything to rescue human lives."

Rembrandt's 'The Night Watch' lies 'flat on its belly' for restoration

Author who died before his work was published nominated for NBCC

Easy rider: "It's satisfaction...you fix it and give it a life again.”

60 years on: What do we know about the Derveni Papyrus

Easy rider: "It's satisfaction...you fix it and give it a life again.”