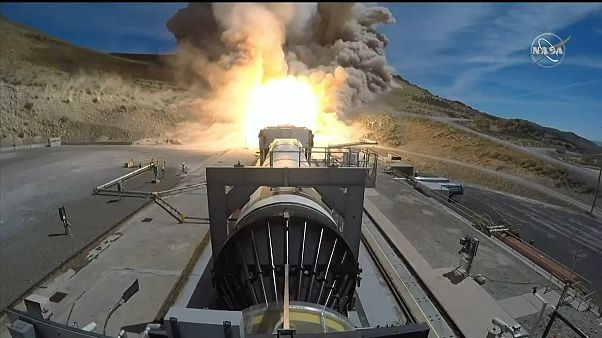 NASA conducted a full-scale test of a rocket motor, known as "Flight Support Booster" or "FSB-1".

During the test, conducted with aerospace firm Northrop Grumman, the 154-foot-long motor fired for just over two minutes, producing 3.6 million pounds of thrust.

The test was conducted at Northrop Grumman's facility in Promontory, Utah. The booster was anchored to the ground horizontally.

Two similar boosters will be used on NASA's Space Launch System (SLS), the most powerful rocket the space agency has ever built.

They will provide 75 percent of the power needed to send the rocket into space.

NASA plans to send the first woman and next man to the lunar surface by 2024, with a goal of exploring Mars targeted for the mid-2030s.

The successful test sets the stage for a planned un-crewed launch from the Kennedy Space Center, Cape Canaveral, Florida next year, before a crewed launch in 2023.

The Artemis programme is named after the twin sister of Apollo in Greek mythology, who is also the goddess of the moon.