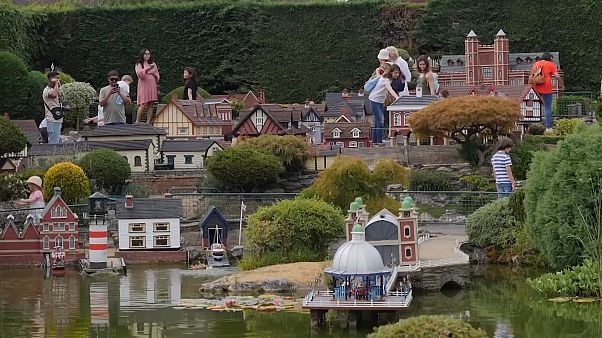 In an English town, the world's oldest miniature village is back open

After months of lockdown, tourists are once again enjoying all the fun of the fair at a village just 40 kilometres west of the UK capital, London - albeit on a miniature scale.

The tiny funfair is one of many attractions at Bekonscot Model Village, in the English town of Beaconsfield, has entertained visitors with its miniature outdoor world since 1929.

Over those 91 years, the world may have changed, but Bekonscot remains locked in a 1930s time bubble, offering a rose-tinted glimpse of English life.

The COVID-19 global pandemic forced the closure of all public attractions across England and in March, for the first time in its long-history, Bekonscot was forced to close.

"Bekonscot managed to stay open during the Second World War and even now with COVID(-19), we were closed for three months, but that's the only time in Bekonscot history that we've actually been closed," said Brian Newman-Smith, the attraction's managing director.

But the site was allowed to reopen in June and after a few days' maintenance, the model village opened its doors.

And while the models might not be social distanced, all visitors must.