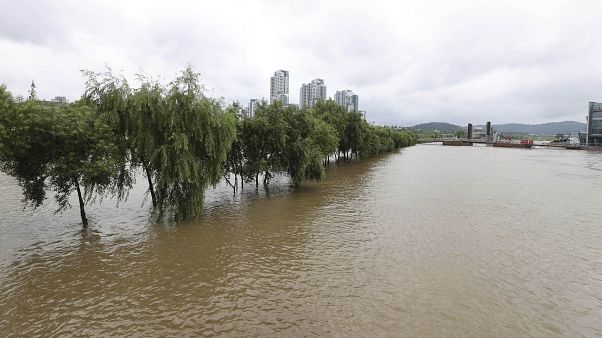 Heavy rain hammered most of South Korea over the weekend, killing at least six people. Officials said eight others were missing on Sunday.

Camping nostalgia in Germany ahead of reunification anniversary

Wave of rubbish washes up on normally pristine Honduras beach

Meet the teacher thought to be France's most tattooed man

The world is at your feet at Belgium's 'Dinner in the Sky'.

At least 10 dead as residential building collapses in India