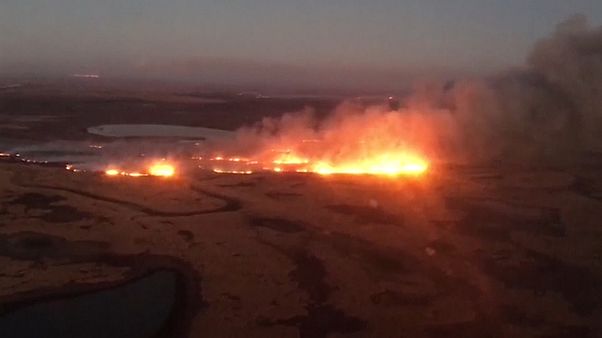 Firefighters continued to combat fires in the wetlands of the Paraná River Delta, destroying habitats in an area close to 200 square miles.

The Argentine government sent fire hydrant planes, helicopters, rangers, and firefighters to combat the outbreaks in the grasslands that started earlier in the year.

Residents of Rosario, the largest city affected by the fires, turned to social media to post images and express their dismay over the smoke that was directed at urban areas.

Earlier in the week, Argentine Environment Minister Juan Cabandié blamed livestock ranchers for the fires and said the key to putting them to rest laid in the hands of prosecutors and judges.

Few show up to watch migration of Kenyan wildebeests amid pandemic

Extreme bridge diving goes ahead in Bosnia despite COVID-19 pandemic