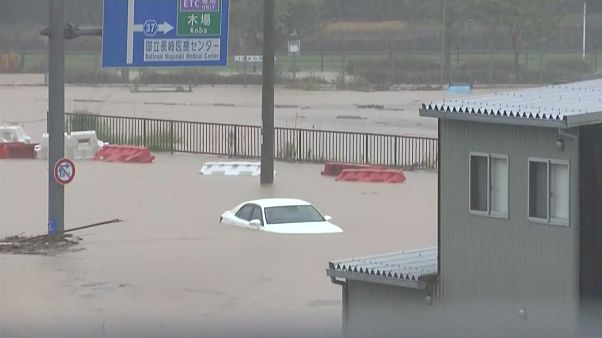 More than 40 people have been killed during three days of heavy rain and flooding in southern Japan.

The death toll includes 14 who drowned at a riverside nursing home.

The heavy rain in the Kyushu region, southwestern Japan, started over the weekend, causing flooding and mudslides.

Authorities say 44 people have been confirmed dead and 10 others are missing.

More than half a million people were advised to evacuate across Kyushu. But the evacuation was not mandatory and many people are believed to have opted to stay at home because of concerns over catching the coronavirus, even though officials said shelters were adequately equipped with partitions and other safety measures.

Few show up to watch migration of Kenyan wildebeests amid pandemic

Extreme bridge diving goes ahead in Bosnia despite COVID-19 pandemic