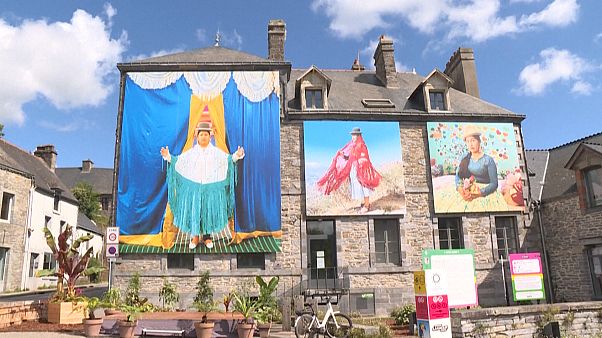 The 17th edition of the La Gacilly photo festival got underway this week in Western France.

As many as 600 photographs from 18 artists are being exhibited this year at the open-air event.

Among them are works from Franco-Brazilian Sebastião Salgado, whose most iconic photographs feature the miners of the Serra Pelada, and Brazilian Carolina Arantes, who last year travelled to the Amazon as it was ravaged by wildfires.

Three outdoor routes will take visitors past the images from Latin American photographers, which centre around the theme of the environment.

The festival runs from July 1 to October 31.

Shops in France allowed to reopen after coronavirus lockdown eased

Fighting erupts in the Taiwanese parliament over meat imports