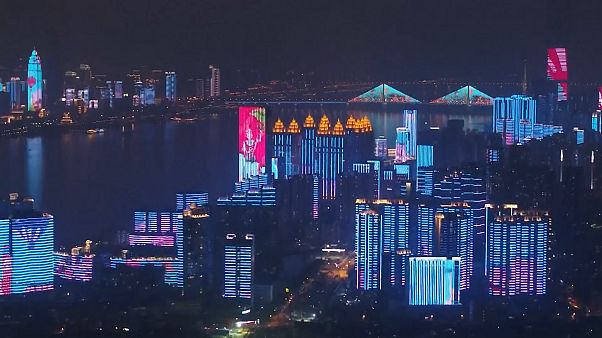 A midnight light show brightened up Wuhan's sky as the central Chinese city entered the first day of life without lockdown on Wednesday.

The illuminations were a tribute to those on the frontline of the coronavirus battle.

Buildings and bridges were lit along the part of Yangtze River that runs through the city as residents watched and cheered.

After 11 weeks, Chinese authorities are moving to allow residents of Wuhan to once again travel in and out of the sprawling city where the pandemic began.

Just after midnight on Wednesday, the city's 11 million residents will be permitted to leave without special authorisation as long as a mandatory smartphone application powered by a mix of data-tracking and government surveillance shows they are healthy and have not been in recent contact with anyone confirmed to have the virus.

Swarms of desert locusts tear through Rajasthan in northern India